Prodef (short for French Cleaning Products) is a family-owned French company founded in 1924. It has been run by the Fiévet family for four generations, flourishing for almost 100 years in the hygiene and cleaning products sector. Prodef’s core value is respect for the physical and human environment.

Raoul Nordling, who founded Prodef in 1924 – and who is the great-grand-uncle of the current managing director, Guillaume Fiévet – led an extraordinary life.
As well as being the head of a company, Raoul was Swedish consul-general. When Paris was liberated in 1944, he managed to convince General von Choltitz, the German military governor of Paris, not to destroy the French capital – against Hitler’s specific orders.
The negotiations between Raoul and von Choltitz are depicted in a number of films, including two very well-known movies: Paris brûle-t-il? and Diplomatie. 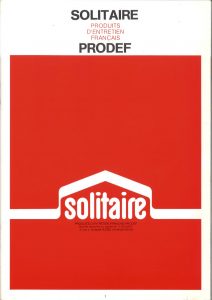 The Prodef adventure began in 1924 (when the company was still called Furmoto Solitaire) with a universal cleaning product known as Solitaire Universel. 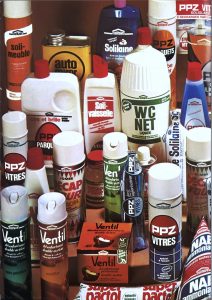 After World War II ended, the company made a determined effort to conquer the market with its innovative products under the Solitaire brand – Solilaine, Solivaisselle, Solibaby and Soliclair – and developed at an exceptional rate.